Progress towards recovery of semi-arid woodlands in the Victorian Mallee

Semi-arid woodlands were once widespread across the Victorian Mallee, but their distribution has contracted due to extensive clearing, with the largest stands now occurring within conservation reserves. They consist of a tree layer dominated by varying proportions of Buloke (Allocasuarina luehmannii), Belah (Casuarina pauper), Slender Cypress Pine (Callitris gracilis) and Sugarwood (Myoporum platycarpum). The understorey small tree and shrub layer (e.g. Cattle Bush, Weeping Pittosporum, Wattles, Hakeas) is often sparse and the ground layer consists of herbs, salt bushes and grasses.

Buloke dominated woodland communities are particularly depleted which has led to their threatened status under Federal and Victorian legislation. Remaining semi-arid woodlands (on both private and public land) are under threat from incremental clearing, grazing by rabbits, goats and kangaroos, and weed invasion. These threats further limit the usually slow natural regeneration of the dominant trees, which threatens their long-term survival. Semi-arid woodland health can be variable; woodlands with an intact canopy, a shrub layer and many ground layer species are in better condition than those with little canopy and few ground layer species.

To improve the condition of semi-arid woodlands, Parks Victoria is implementing a grazing management plan which aims to reduce grazing impacts on native vegetation and revegetated areas. To measure progress of the plan, ARI has developed a long-term monitoring program which started in 2012, across Murray-Sunset, Hattah-Kulkyne and Wyperfeld National Parks and Lake Albacutya Park. 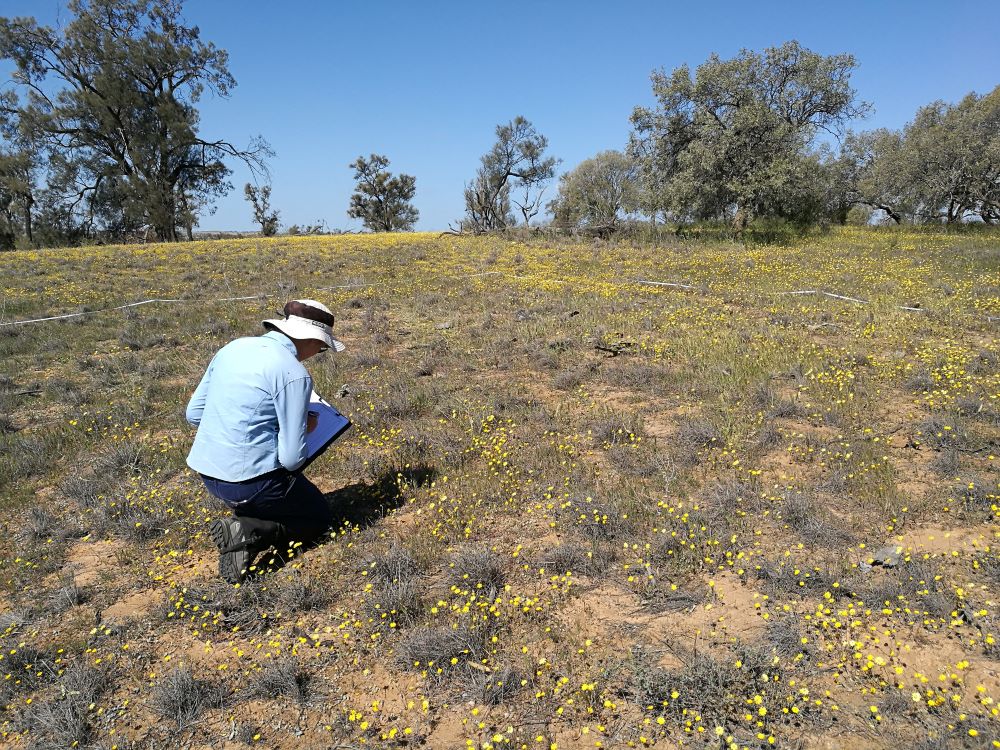 A total of 300 sites are being monitored, with a subset of 60 sites assessed annually, on an ongoing five-year rolling cycle. The program is studying tree population dynamics (age, size, regeneration), understorey vegetation (abundance of small tree, shrub and ground layer plants) and grazing pressure.

A range of research questions are being explored to increase our understanding of woodland ecology and how to improve condition. This will inform progress of the grazing plan and refine future management actions. Reducing grazing and other restoration efforts such as revegetation works and weed removal, together with natural regeneration, will greatly contribute to the long-term recovery of semi-arid woodlands.

This project is funded by Parks Victoria, with the Mallee Catchment Management Authority also providing funding in the initial stages.

An article on rare and threatened plants recorded during these surveys, and fact sheets with more detail about the outcomes are available: