Protecting the habitat of a threatened freshwater crayfish

New mapping of streams of the upper Woori Yallock Creek in the Dandenong Ranges has revealed previously undiscovered areas (38 hectares in total) of Cool Temperate Rainforest along Perrins and Sassafras creeks. This endangered forest type occurs in high rainfall areas in protected gullies. In the Dandenong Ranges the forest is characterised by a mixed tree canopy of Southern Sassafras and Mountain Ash which creates a highly shaded environment in which Tree Ferns and a diversity of ground ferns thrive. Environmental weed invasion is key threatening process to this rainforest on public and private land in this locality. Weeds smother adult plants and stop natural regeneration of rainforest plants.

An inhabitant of this rare forest community is the threatened Dandenong Burrowing Crayfish. It lives in burrows in moist to wet streamside areas that are free from ground layer weeds. As with the forest community itself, weed invasion is a potential threat to the crayfish habitat.

To reduce the threat of weeds to crayfish habitat, weed control in the forest is being targeted in areas where the crayfish are known to occur. Such locations are confirmed by local community groups (Friends of Sassafras Creek and Community Weed Alliance of the Dandenongs), who are actively surveying for the species using burrowing crayfish traps and expert advice from ARI.

The project builds on extensive work by the Friends of Sassafras Creek in involving over 90 private property owners. A range of community engagement activities are being continually scheduled to increase awareness of local threatened fauna and flora. Community involvement provides an important contribution to the conservation of Cool Temperate Rainforest and its inhabitants, such as the Dandenong Burrowing Crayfish.

This ongoing collaborative project is funded by DELWP and run by Yarra Ranges Council with support from the Community Weed Alliance of the Dandenongs, Melbourne Water, Parks Victoria and other community groups. 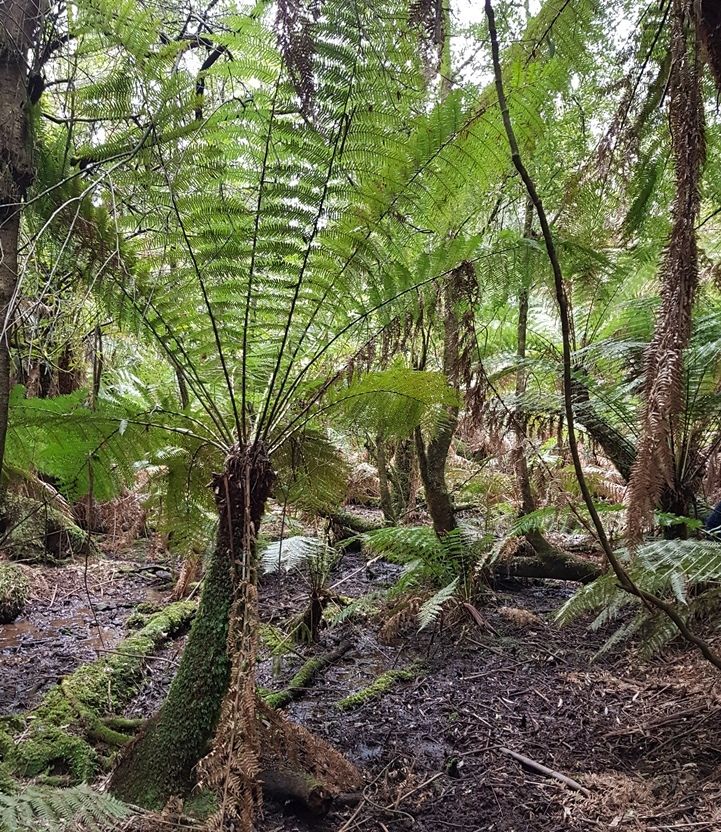 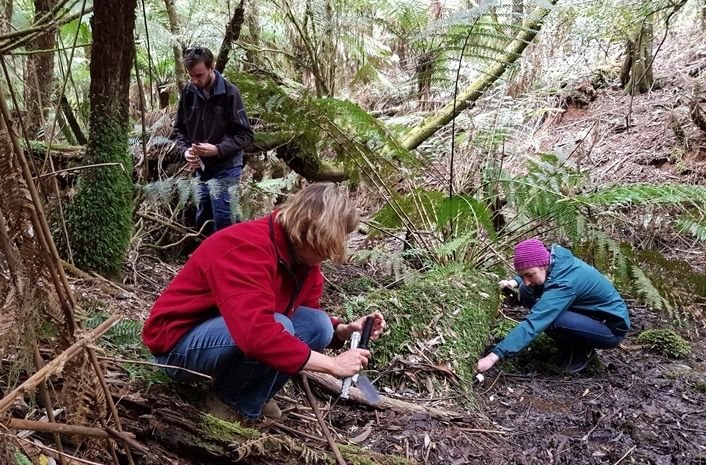 An Action Statement is available for the Dandenong Burrowing Crayfish:

The following journal article and report has more information on freshwater crayfish and trapping methods:

A short video titled 'Dandenong Burrowing Crayfish - Citizen Science 2018' showing volunteers conducting a survey for the crayfish, is available on the DELWP YouTube channel, and can also be viewed below: