There are around 400 orchid species in Victoria, of which about 70% are rare or threatened, requiring various levels of management. Orchids have a highly specialised and complex life cycle, and as a result, there is an ongoing need for research to identify how to support their recovery. However, understanding the ecology of most orchids is difficult due to the presence of a prolonged dormancy phase. This is when an individual is alive, but does not emerge during the flowering season, often to avoid climatic extremes such as drought.  As a result, it’s unclear whether an orchid that has not emerged is dormant or dead. This uncertainty hinders the choice of appropriate management priorities. ARI scientists lead various research projects aimed at understanding prolonged dormancy, and knowledge gained is being used to improve the conservation of Victoria’s threatened orchids.

Prolonged dormancy and its relationship to plant death was explored in a population of Pterostylis cucullata (Leafy Greenhood), that had been translocated to aid its conservation.  ARI scientists excavated 168 individuals, and noted whether they were dead or dormant, before carefully replanting them. A statistical model was developed that predicted the status of all non-emerging individuals in the population. We found that the longer the prolonged dormancy period was beyond one year, the more likely an individual was to have died. Confirming that prolonged dormancy leads to reduced survival alerted land managers to a serious decline in the health of the translocated population, and the need to implement specific actions to arrest this trend.

To examine how orchids may use prolonged dormancy to avoid drought conditions, we studied the response of populations of four nationally threatened Caladenia (Spider Orchid) species over a period that included the severe Millennium Drought. 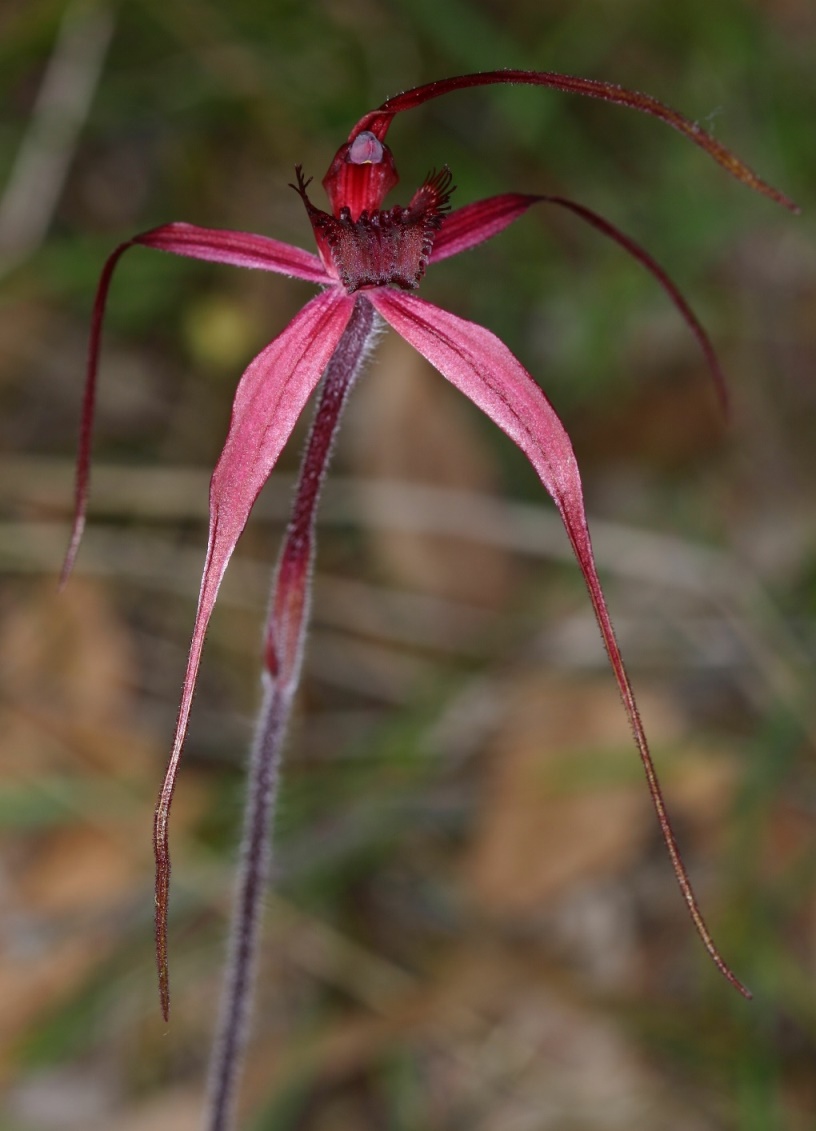 Each response has different consequences as to how well populations may survive under drought conditions. Understanding which response is used will allow the development of species-specific plans to effectively manage threatened orchids in a drought-prone region. This study also highlights the importance of long-term monitoring; in this case it provided the opportunity to investigate orchid responses to an aspect of climatic extreme.