How do different fire intervals impact on carbon storage, plants and animals?

Fire is a regular disturbance in the eucalypt forests of south-eastern Australia, both as planned burning and wildfire. Fires can have a major influence on plant and animal diversity, and on carbon levels in these forests. However, very little is known about the explicit effects of different fire severities and frequencies. The aim of the "Managing fire to protect biodiversity, carbon and build resilient landscapes" project is to examine effects of different fire regimes on the abundance and diversity of plants and animals, and on forest carbon. Increased knowledge about these effects will improve forest management, including protecting biodiversity and maximising carbon levels.

Typically, most forest carbon is stored in living trees and soil. When trees die, e.g. due to fire, they can no longer fix carbon, and lose the carbon they hold through decomposition. For large trees in particular, this represents a significant loss of forest carbon. Carbon in soil is mainly in the form of dead plants, and is reduced when this material burns during fires. Soil carbon can be further influenced by fire if subsequent erosion occurs. While the general principles of carbon inputs and losses are known, there is limited information on which to base estimates of carbon levels in a forest after fire. Similarly, little is known about how changes in carbon levels vary with changes in plant and animal diversity.

Study sites are being selected in central Victoria and will cover a range in fire severity and the number of previous fires. Sites will be surveyed for birds, fire-sensitive plants, and carbon levels in both live and dead trees, shrubs, woody debris, leaf litter and soil. We will then estimate how carbon is distributed within the forest, and how fires influence carbon levels and distribution. Understanding these relationships will help us to predict how the timing and frequency of planned burns can be manipulated to meet Victoria's fire management goals. ARI is conducting this project in partnership with Melbourne University's School of Ecosystem and Forest Science, and is funded by the Commonwealth Government's Biodiversity Fund. 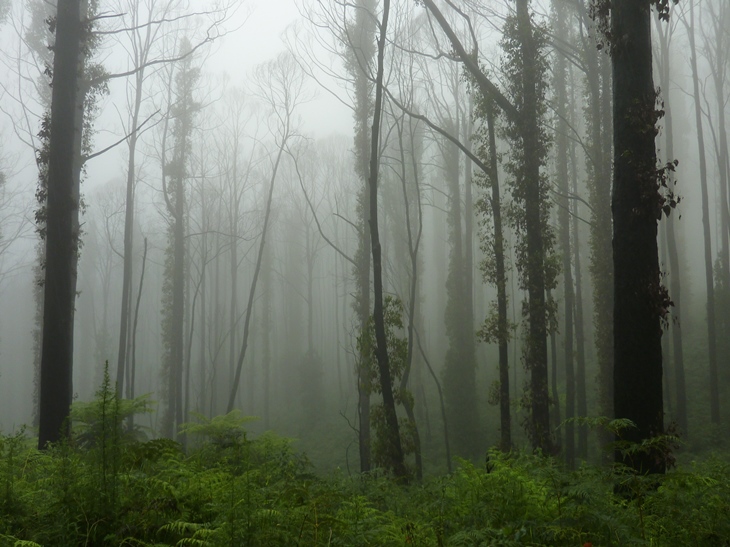 The following journal articles and fact sheet provide more information on this project: