Rainforests: will they cope with a changing fire regime?

Cool Temperate Rainforest in Victoria’s Yarra Ranges National Park is revisited ten years after widespread fire in 2009. What does climate change mean for these forests?

Cool Temperate Rainforests are remnants of some of the oldest vegetation in Australia. They comprise a dense canopy of Myrtle Beech, a midstorey of trees such as Southern Sassafras and Blackwood Wattle, and an open understorey of tree ferns and ground ferns, forming a cool, shaded environment along the margins of streams. Despite their name, the most potent factor that determines rainforest distribution over a broad scale is absence of fire, but as our climate warms, it is expected that fire frequency and severity will increase. Cool Temperate Rainforest may not be adapted to this changing fire regime, with implications for its long-term persistence.

ARI recently completed a research project for Parks Victoria which aimed to determine how Cool Temperate Rainforest in the O’Shannassy Catchment, part of Melbourne’s water catchment area, had fared after the fires of 2009. 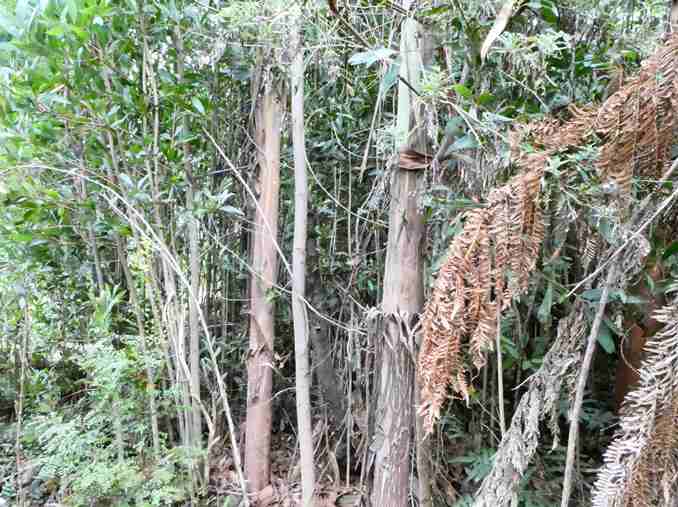 Despite some documented resistance to fire, this study found that Cool Temperate Rainforest could not cope with the high fire severity of 2009 due to the encroachment of eucalypts. Remaining rainforest stands here and elsewhere in Victoria are further threatened by predicted increases in the frequency and intensity of fire due to climate change, and the long-term future of this vegetation type appears uncertain.

However, while this research has highlighted a concerning trend in rainforest distribution, it has also provided impetus and guidance for management action to protect the remaining stands of rainforest.

This project was funded by Parks Victoria

The following report provides more detail on this study: