In Victoria, translocation has been an important component of Koala management for more than 90 years. The purpose of translocating Koalas has changed in this time as the conservation status of the species has changed. In recent decades, over-abundance of Koalas in certain locations has led to over-browsing of habitat resulting in defoliation and eventually death of preferred feed trees. The aims of translocation in these cases are to reduce habitat degradation and declining Koala health. Despite the huge scale and duration of this translocation strategy, there have been few science-based investigations into how individual Koalas fare after translocation that can inform future management strategies. To support the translocation of Koalas from French Island, Western Port, ARI identified areas of habitat in central Victoria that may be suitable to receive animals, undertook a trial translocation and assessed the short-term survivorship of individuals.

A Koala Habitat Index, previously developed by ARI, was used to prioritise forest areas as suitable release sites. Potential sites were visited to check habitat quality. Tallarook State Forest was chosen as the trial site based on habitat and ease of access for radio-tracking and recapture of the study animals. Thirty Koalas were fitted with VHF radio-collars, translocated, and released close to a suitable tree. Individuals were monitored by checking collar signals on four occasions over the subsequent six weeks. After almost two months health checks began, involving recapturing animals, recording body weight and other measurements, and taking various swabs. 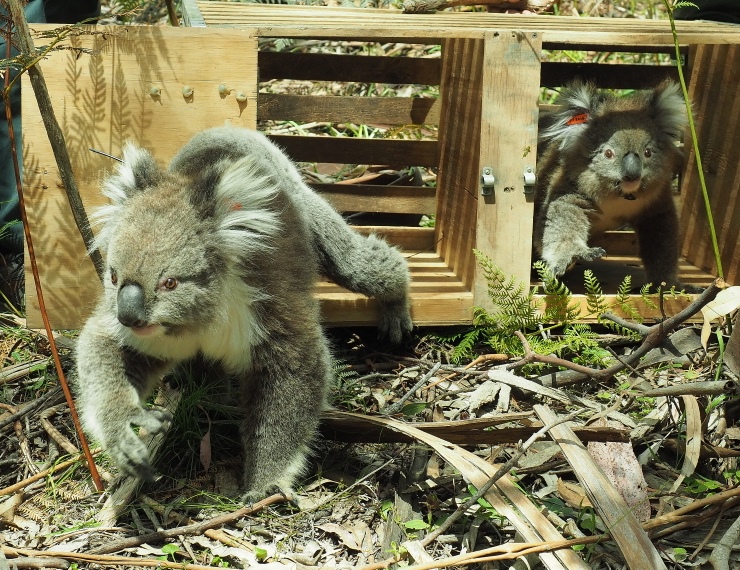 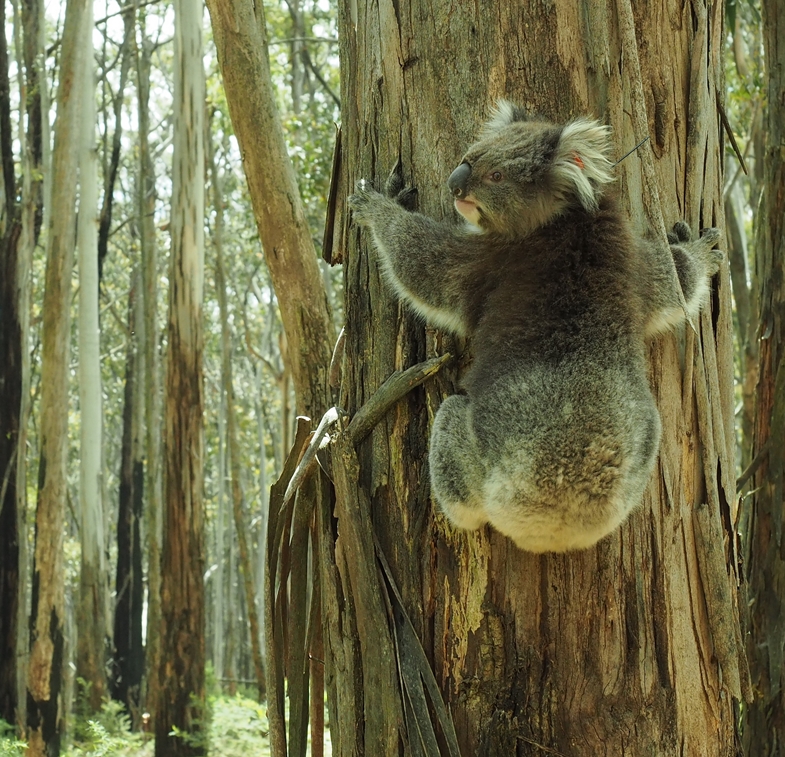 Translocated Koalas showed very high survivorship during this study (97%), indicating that they successfully adapted to the new environment and unfamiliar Eucalyptus foliage available at the release site. Based on this, several hundred animals have been released in Tallarook State Forest, which contains over 5000 ha of suitable habitat.

This project was funded by and conducted with Port Phillip Region of DELWP, and Parks Victoria.

The following journal article describes the outcomes of translocating koalas from Cape Otway: