Improving the management of Instream Woody Habitat in Victoria

Instream woody habitat (IWH), commonly referred to as 'snags', consists of trees, branches and logs that fall or are washed into rivers and streams. IWH has a range of functions essential for maintaining the health of a waterway, and in turn supports recreational fisheries and other social and cultural values.

IWH is important for fish; it provides food resources, refuge from competitors and predators, spawning habitat and shelter from flowing water. The removal of IWH has been a major factor in the decline of many freshwater fish populations.

In the past, IWH was removed from many Victorian rivers to make boat travel easier, protect properties and infrastructure, and in response to beliefs about reducing flooding. Research has since shown that IWH has little effect on flooding and removing it can reduce riverbank stability. River restoration programs now often include the reintroduction of IWH.

This page highlights some of ARI’s work on IWH. Much of this research has been funded by DELWP Water and Catchments and focuses on understanding:

Quantifying the status of IWH across Victorian waterways

ARI undertook a long-term project to assess the importance of IWH for fish and river health. This included state-wide mapping of existing IWH and predictions of natural IWH over almost 27,770 km of rivers, and quantifying links between habitat and important fish populations to help guide IWH restoration. This mapping project found: 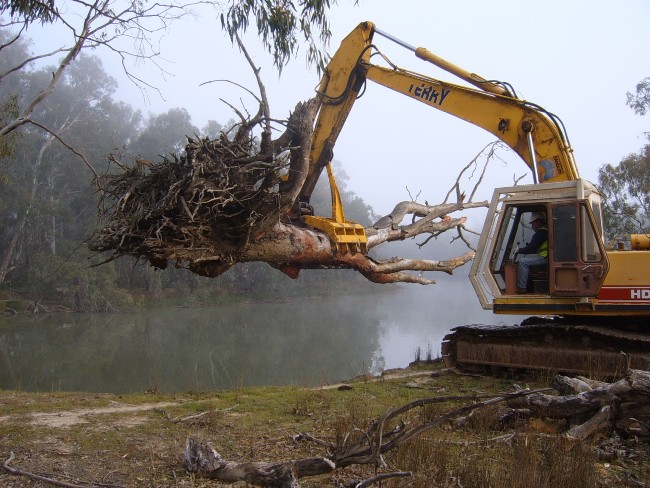 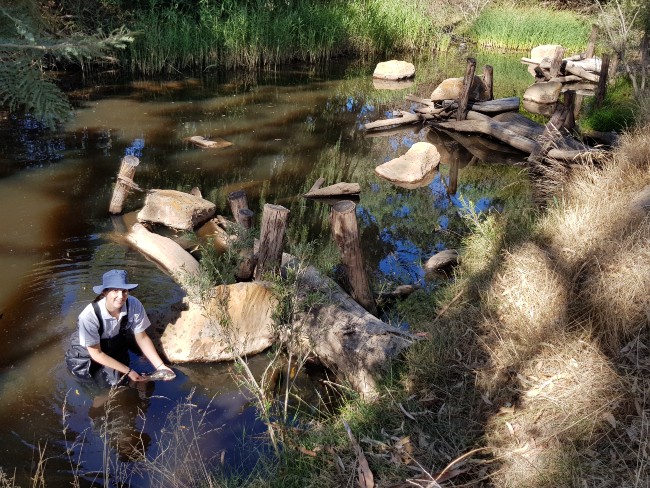 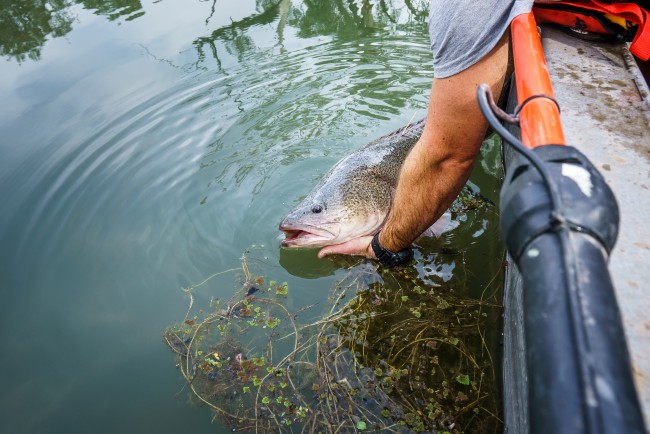 This information was used to develop the ‘RiverRehab decision support tool’ to help waterway managers identify suitable reaches for instream habitat protection or addition. The tool incorporates riverside attributes, aquatic fauna occupancy, and hydrology information. Users can calculate a habitat ‘suitability’ index and identify reaches that may benefit from rehabilitation. These attributes can be modified depending upon the objectives and priorities managers may have for different sites. The tool helps waterway managers prioritise sites to protect or rehabilitate instream habitat according to their objectives.

ARI has conducted several large-scale monitoring projects to investigate the connections between IWH and fish and to support river rehabilitation.

Links between IWH and six fish species of ecological, recreational, and cultural significance were explored at 335 sites across eight streams in south-eastern Australia. This work found strong associations between fish abundance and IWH density, with the strength of this relationship varying between species and waterways. Murray Cod showed the strongest association with IWH density, with significant associations also found for River Blackfish in particular waterways. These findings can help guide waterway restoration efforts, including to provide a framework to predict how fish may respond to IWH interventions.

ARI also conducted a seven-year monitoring program (2007-2013) to assess the effectiveness of a large-scale project to restore IWH in the Murray River between Lake Hume and Lake Mulwala. The study, as part of The Living Murray program, found that the restoration efforts enhanced native fish populations within the Murray River.

Working together to repurpose timber felled during road projects

In recent years, there has been substantial investment in reinstating IWH in Victoria. There has, however, been limited recording of these actions, benchmark setting or comprehensive monitoring to assess the rehabilitation works and outcomes for fish. In addition to the aforementioned work, ARI has undertaken an overview of instream habitat interventions across Victoria, including the collation of data, benchmark guidance and evaluation. This information, along with current conditions and quantitative links with native fish populations is also being incorporated into other projects and analyses such as population modelling, used to assess threatened species recovery to management actions.

The following journal articles are related to ARI’s work on instream woody habitat: